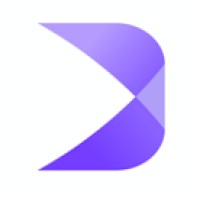 Black Crow generates real-time predictions of how likely a user is to take a specific action, typically a purchase, in the future...

Connect
About our Scores
Connect

Black Crow generates real-time predictions of how likely a user is to take a specific action, typically a purchase, in the future. We make (and update) this prediction on every pageview a user logs. To make these predictions more consumable, we simplify them and translate them into a “score”. The higher the score for a pageview, the more likely the user is to make a purchase, or take whatever other action the model is trained on.

A score is generated by comparing a prediction to other predictions in a defined group (called the comparison group). There is a new score that is generated on every pageview. This score may be higher, lower or the same depending on what predictive actions the user has taken. We aim to have roughly the same number of predictions in each group, so these scores can be thought of as deciles, or quartiles, or n-tiles generally, depending on how many scores we bucket predictions into. This we call the bucket count.